As much as I love city life, I do often fantasize about living in a remote location in a incredible building. James Whitaker’s starburst of shipping containers in Joshua Tree National Park stirs up such thoughts. A truly space age looking pad complete with views in every direction. You can see and read more at this link. 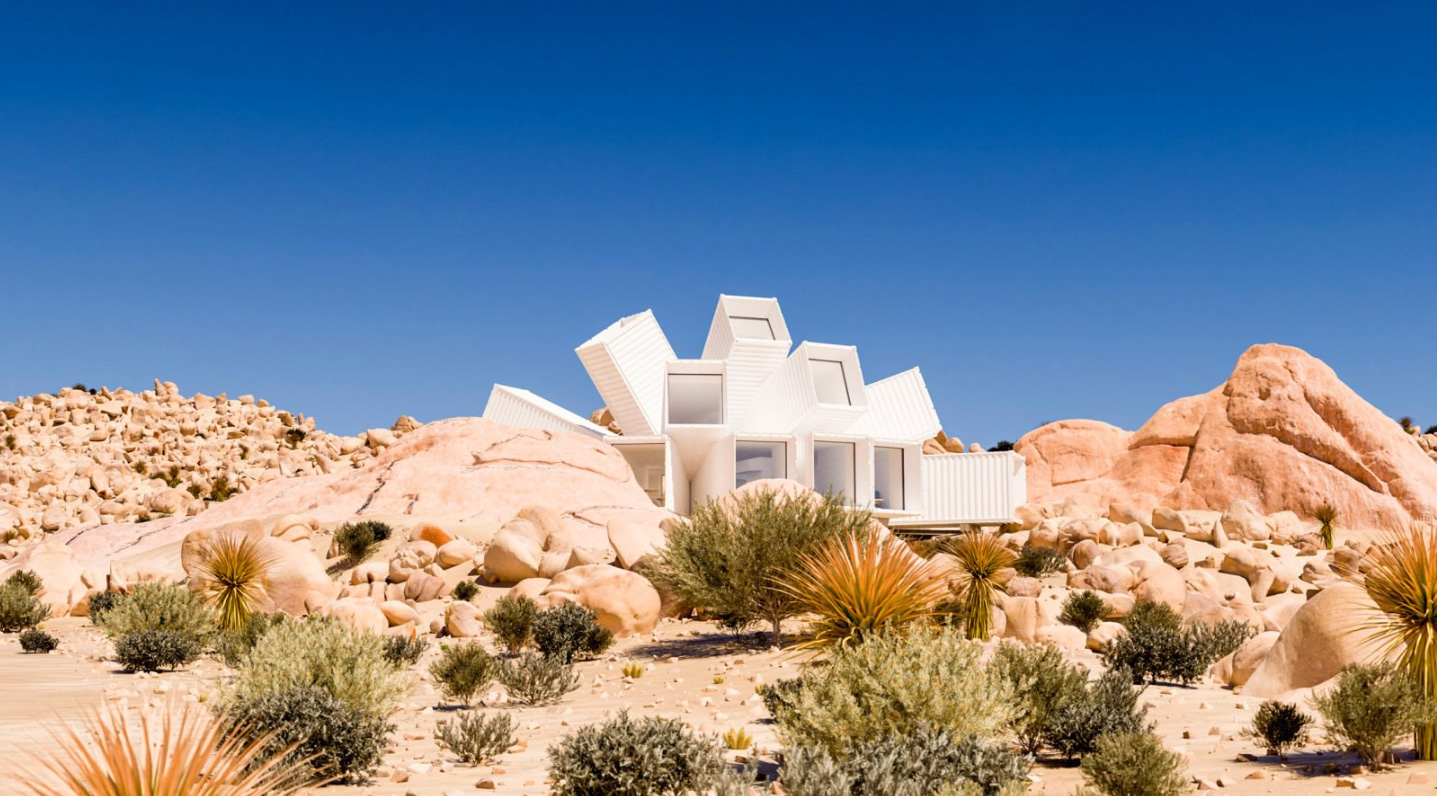 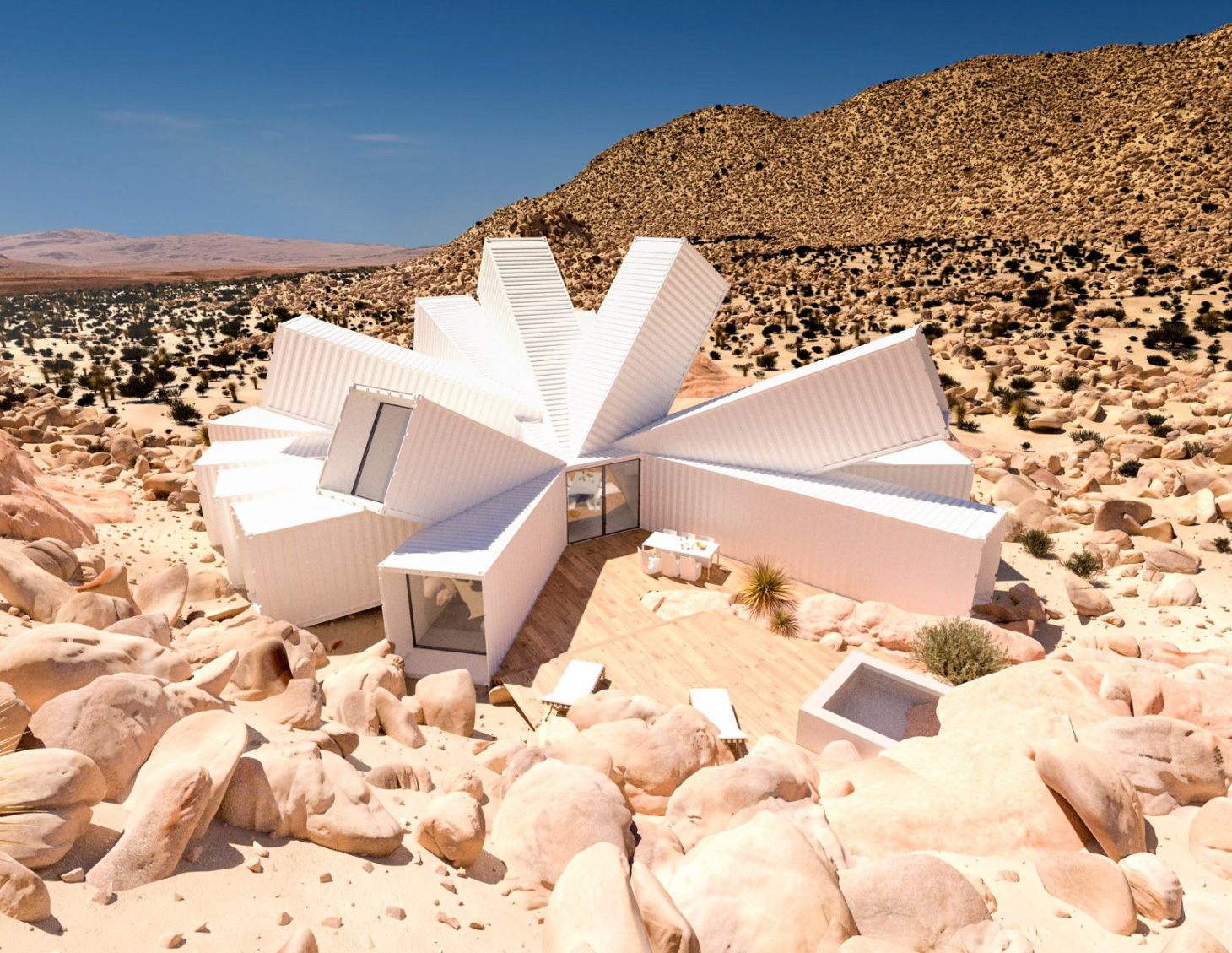 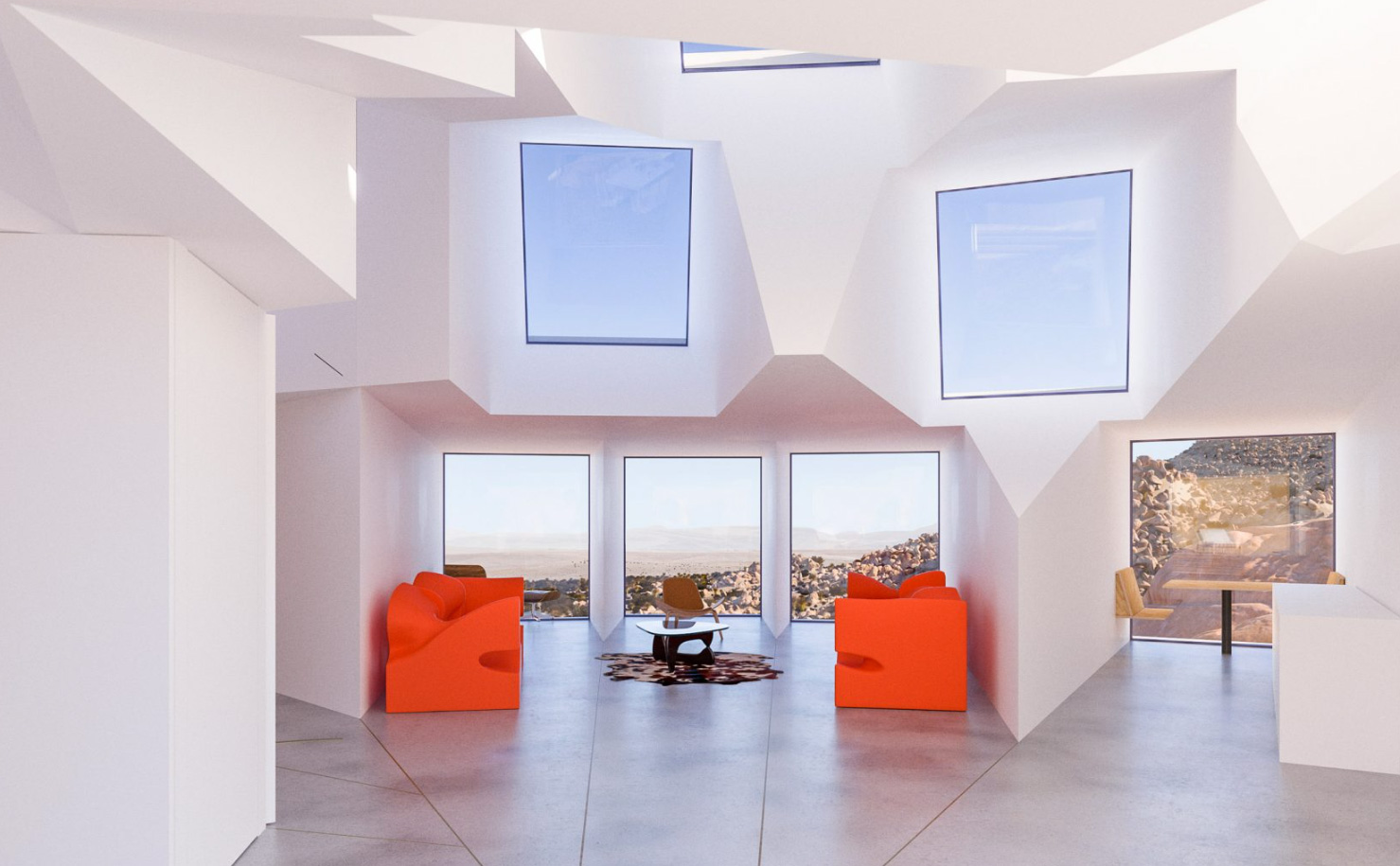 pixelshifter does animation too! Finally got around to putting an animation showreel together. A selection of various recent projects put together to the joyful bouncy sounds of Barry Gray (theme from UFO). Bring some funky motion to your next project / announcement / invite / project or whatever.

Being born in 1970 makes me 11 years old during 1981, one of the many golden years of video gaming. Donkey Kong, Galaga, Frogger and Defender were all released that year. Needless to say my interest in video games has always been healthy. I have also had a strong interest in VR and all it’s been promising since watching movies such as The Lawnmower Man – 1992 (yeah fairly daggy, but sells the concept early on), Strange Days – 1995 (excellent), Existenz -1999 (just good) and of course the Matrix Trilogy – 1999 – 2003 (without peer).

Well it seems that finally the gap between what was being promised and what is now available has been somewhat reduced. I visited Zero Latency in North Melbourne last week. At an empty warehouse in North Melbourne with 3 great friends I had my socks blown off playing virtual reality games. At 47 years old. It made me feel like a kid. You probably only get that sensation during your first experience, but it was real and mighty. Like seeing the Speeder Bike Chase in Return of the Jedi – 1983, on the big screen at 13, it blew me away. You only get that overwhelmed feeling a handful of times in your life.

Yes I was completely aware that I was in a very safe environment with a flat surface beneath me, but I still found myself approaching frightening drops with trembling fear. At one point a simple walk on what was a very non flat surface in the game had me stumbling like a drunk, completely lost in my safe surrounds. I leant over to pat a nonexistent frog, and also found myself arching my back to take in the whales swimming overhead! The amount of disc space and processing power strapped to our backs must have been huge, but went mainly unnoticed such has been the dramatic improvements in hardware. And in short time no doubt both the 3D modelling and texture mapping will improve again and again. When the day comes that the experience is photo real, just wow!

The first of the two games was called Engineerium and rather pleasantly involved no guns or killing. As a team of 6 characters, our aim was to reach certain specific locations to unlock the next platform to advance through the puzzle. I could really feel a sense of potential for this sort of game for teaching / encouraging people to work together in a simulated environment to get a task completed. Or just for the pure sense of wonder. You really feel the potential of the VR technology.

The second (which seems to be typical of the VR experience), was a classic first person shoot-em up. Whilst we were adult enough to not choose the Zombie Survival option, we did play Singularity – the secret military space station option that plays out in a very similar way – you shoot a heap of stuff. Yes the environment is amazing, especially when you find yourself entering large open spaces from much smaller tunnels and lifts, and there truly is a sense of comradery in working together to shoot all the stuff (mainly robots that don’t bleed, it really is well worth trying). But you can’t help but feel that the whole potential of the technology is being lost in emulating the experience of killing? Or I am just turning into a big ol hippie. 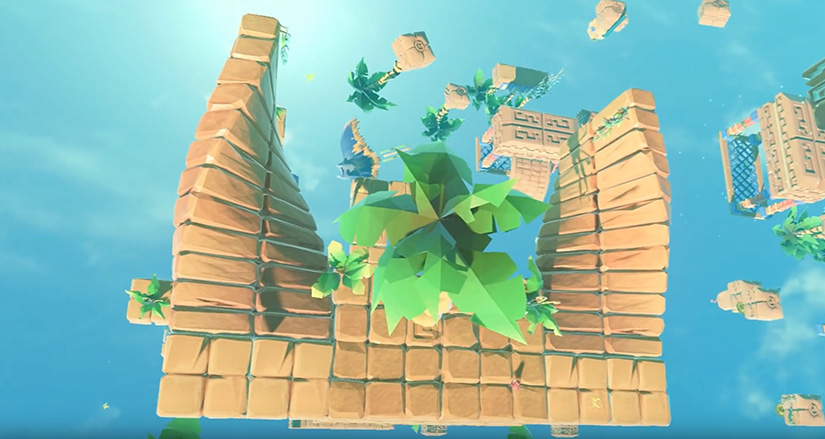 To use words of his own, “The result is beautiful imagery both abstract and very real.” So true. Jaw dropping piece from clearly gifted animator Brett Foxwell. Not unlike a medical scan of the body, but far more interesting and beautifully put together with sound and edit. Not a lot of technique is revealed, but it’s basically a stop motion piece, sand some wood, take a photo, sand some wood etc. The end result is stunning, almost like time travel. Truly a very patient man, there are many other interesting projects to see at his website.

Apparently there is a shortage of urban space in Valencia, Spain. Fernando Abellanas has a solution, a pop-up studio built into the underside of a traffic bridge at an undisclosed location. While most likely not legal and therefore not permanent, it’s a very creative idea which shows true dedication to his original thought. You can read more about the project here. 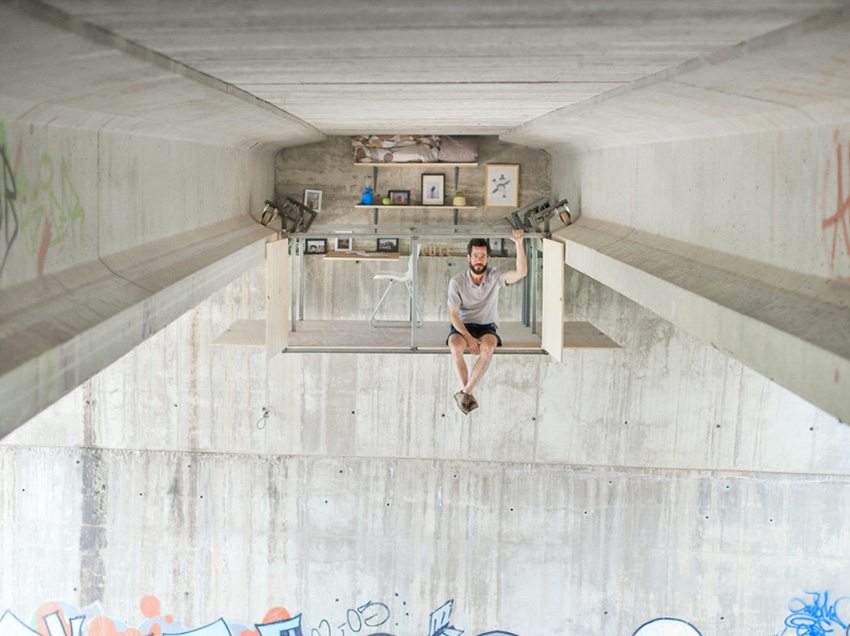 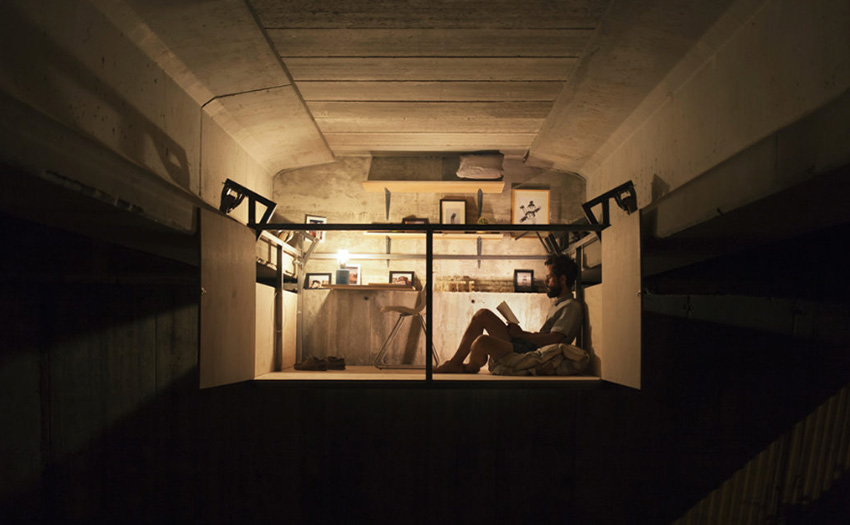 Words is a beautiful little typography based video project from Enle Li & Liz Xiong. Complete with great sound, the video captures the everyday with just words and colours. I was moved with it’s simplicity. Well done.

Not just happy snaps! I’m sure there is some great timing and photography knowledge going into these fantastic shots from Copenhagen based photographer Ken Hermann. So much power, tension and movement captured in a single frame. 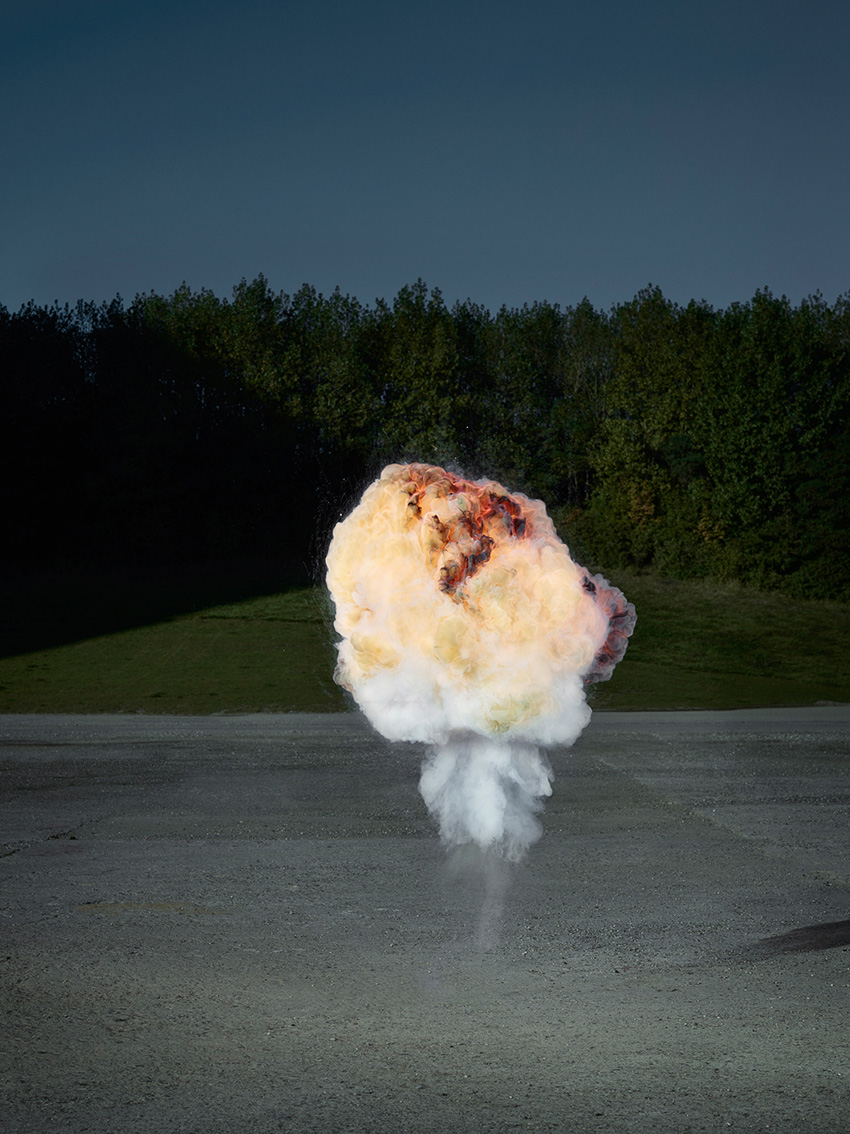 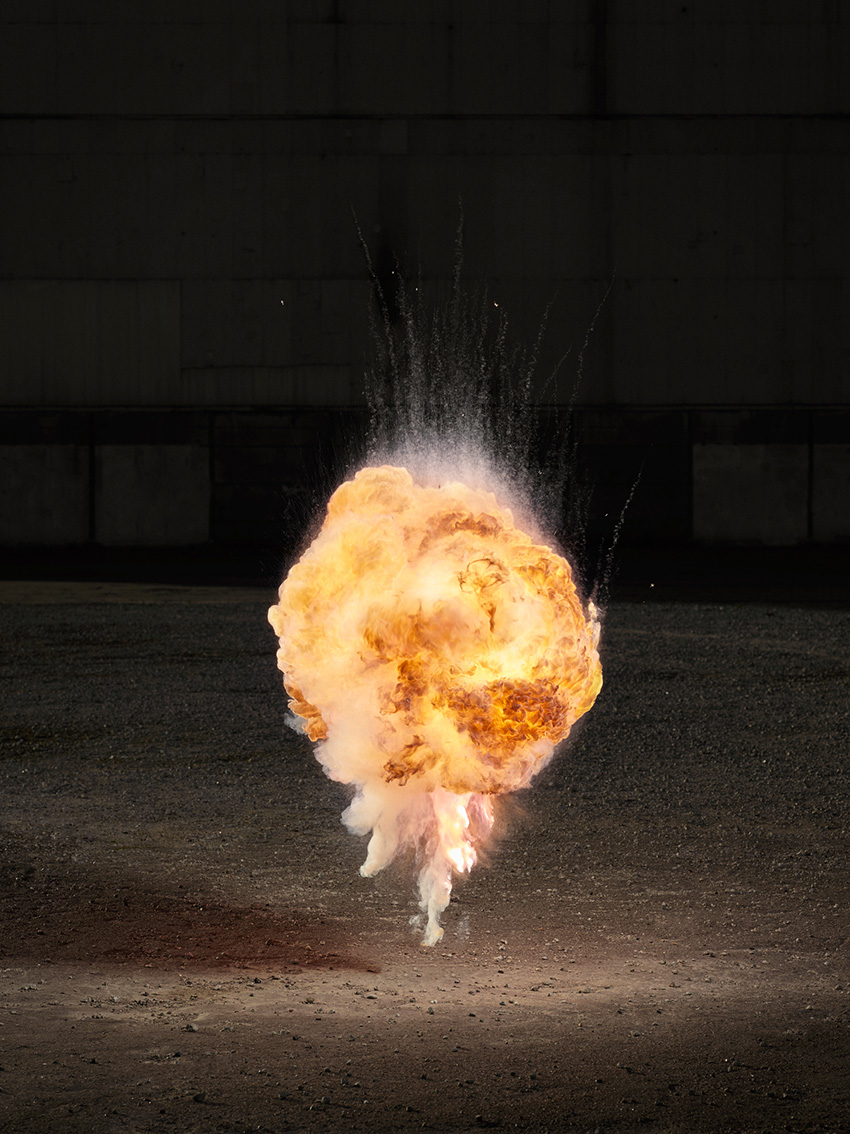 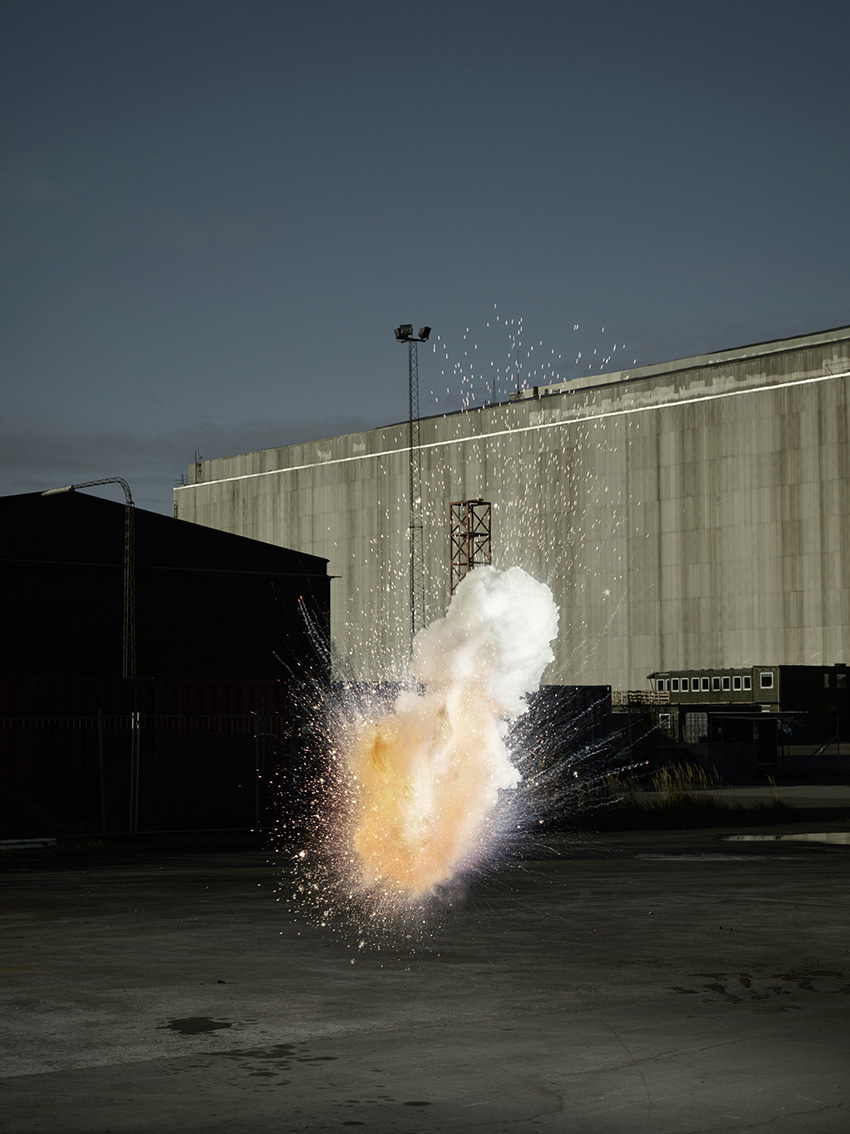 A movie poster a day

Wow. How have I only just heard about this ambitious design project the day after it finished? Sydney based designer Pete Majarich has redesigned a movie poster a day for the past year. I watch a lot of movies, I love movies. His minimal take on well known movies often says a great deal more than the original posters. Maybe it’s because the movies are familiar, but I find most of these to be improvements.

Some of my favourites below. The poster for “Primer” is fabulous. Some of the posters are even available for purchase at his website. And all posters can be seen at his tumblr account. Well done Pete. 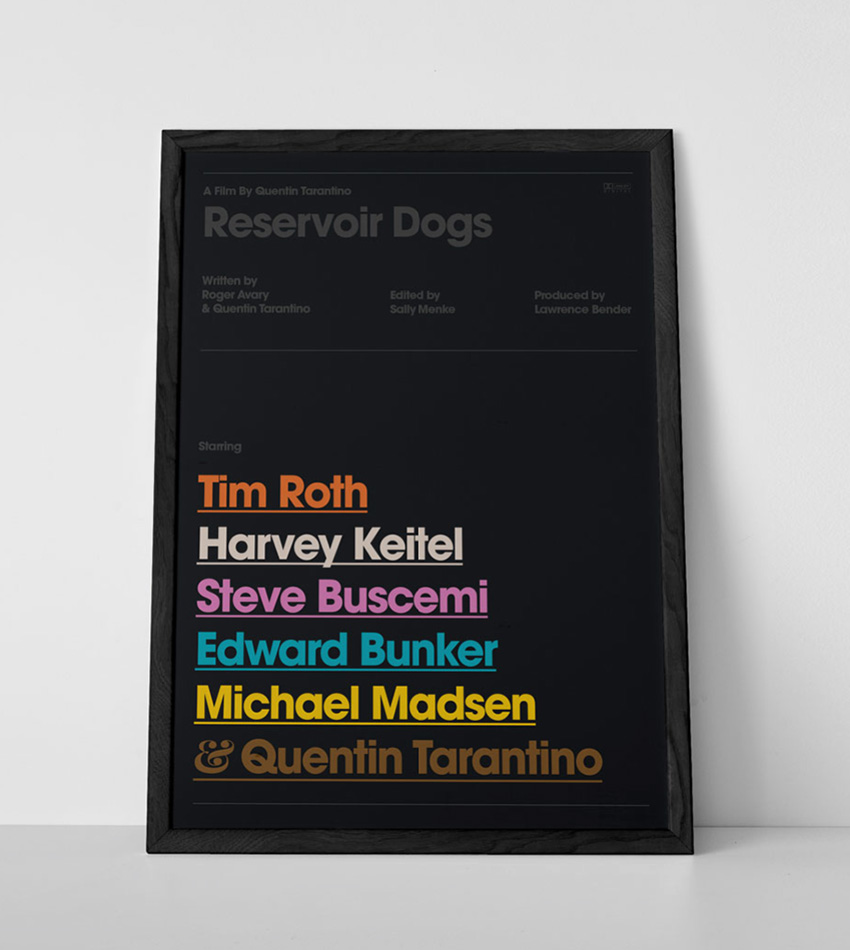 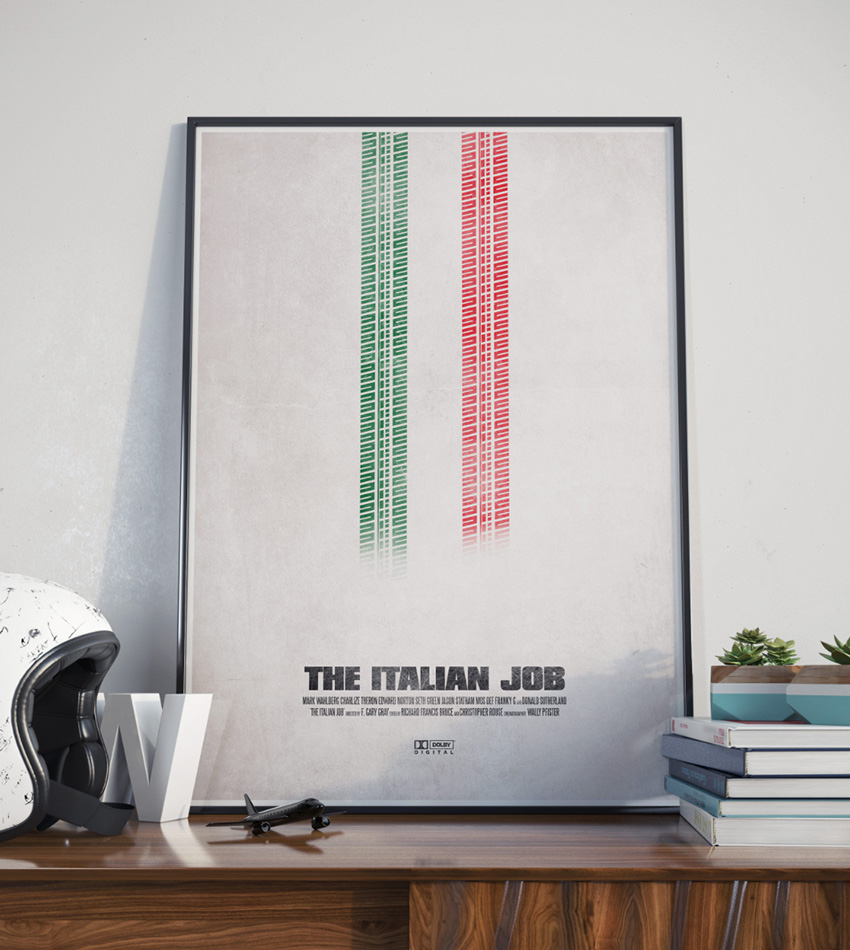 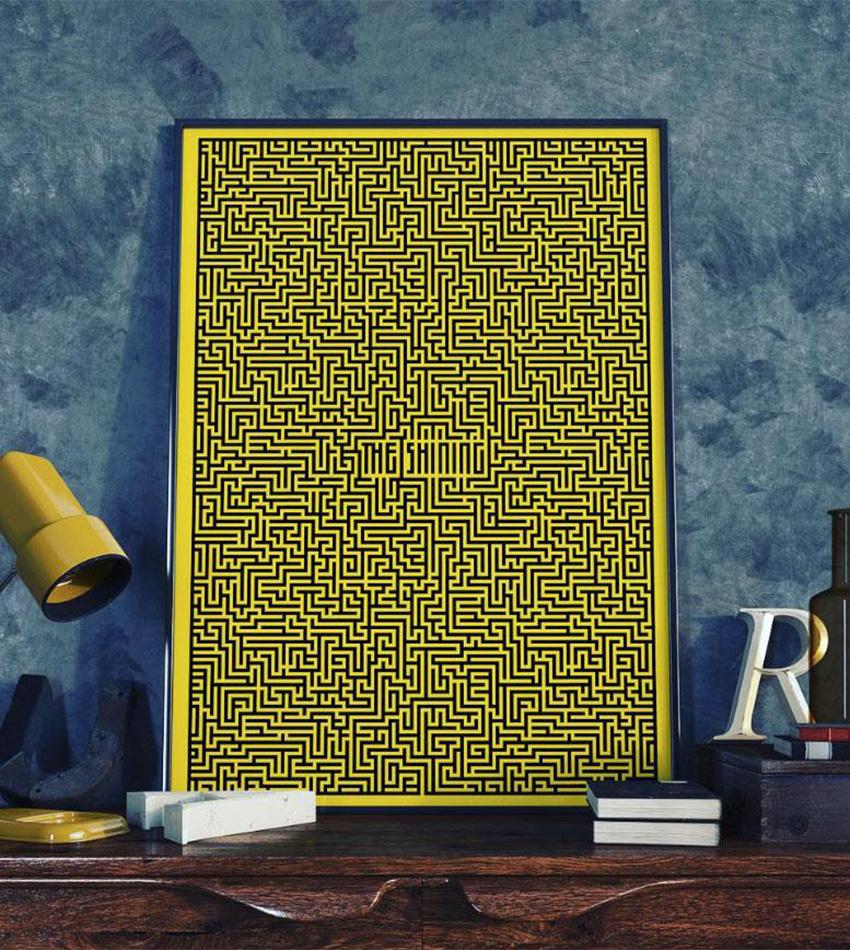 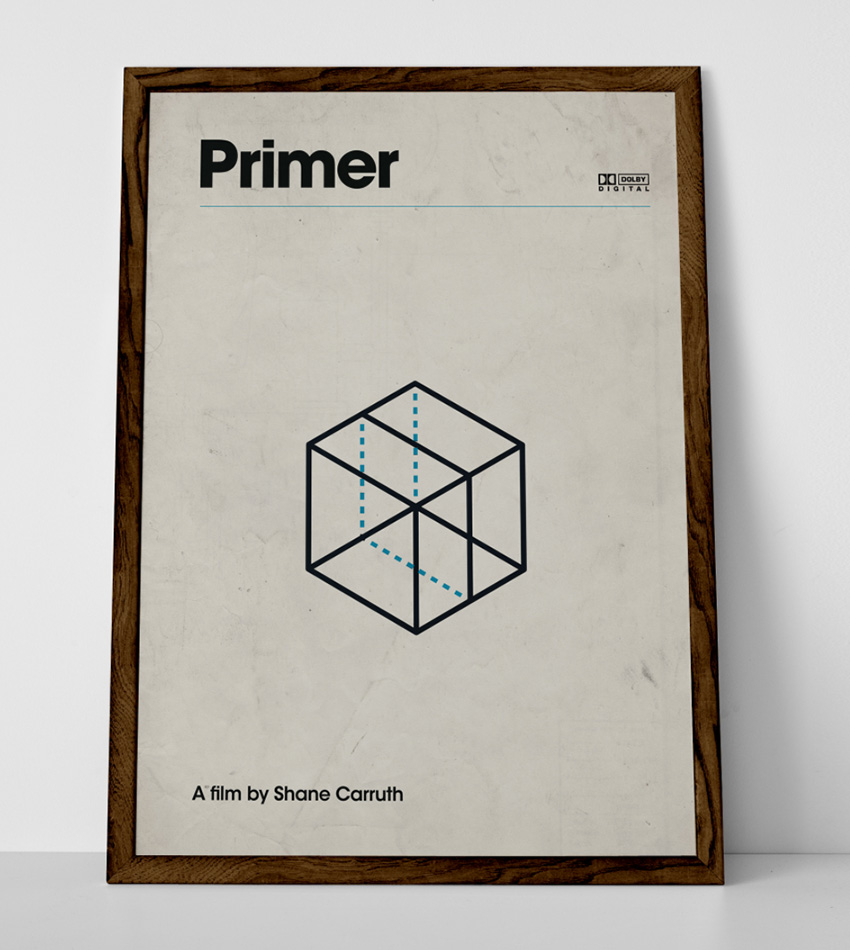 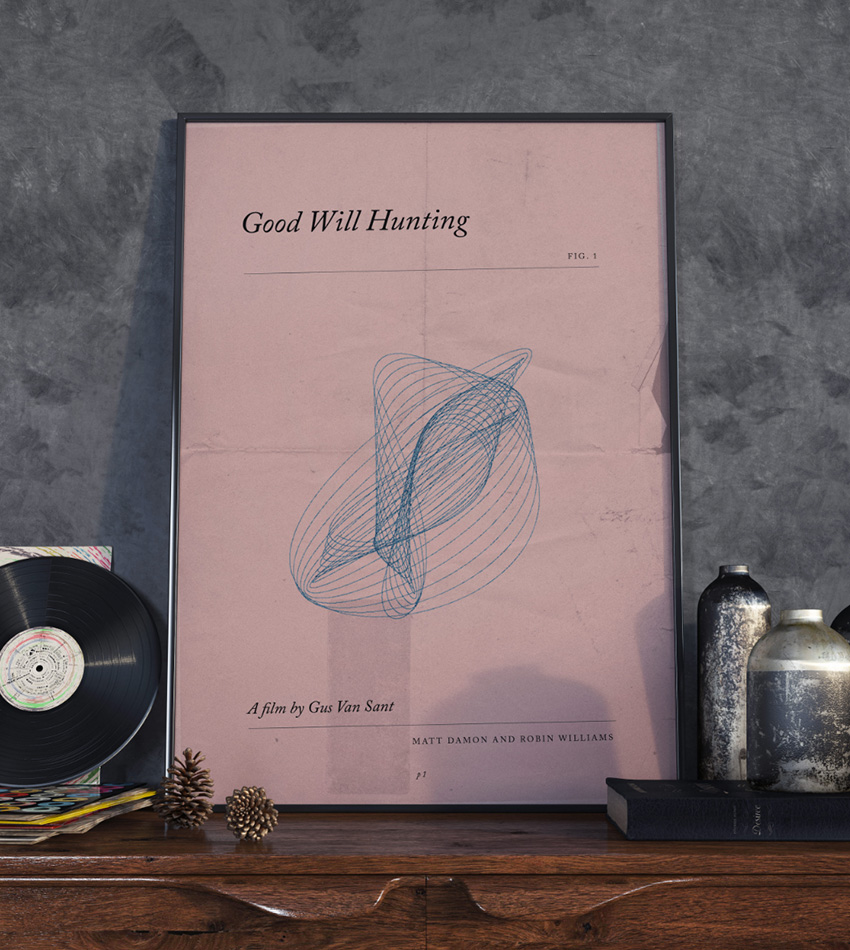 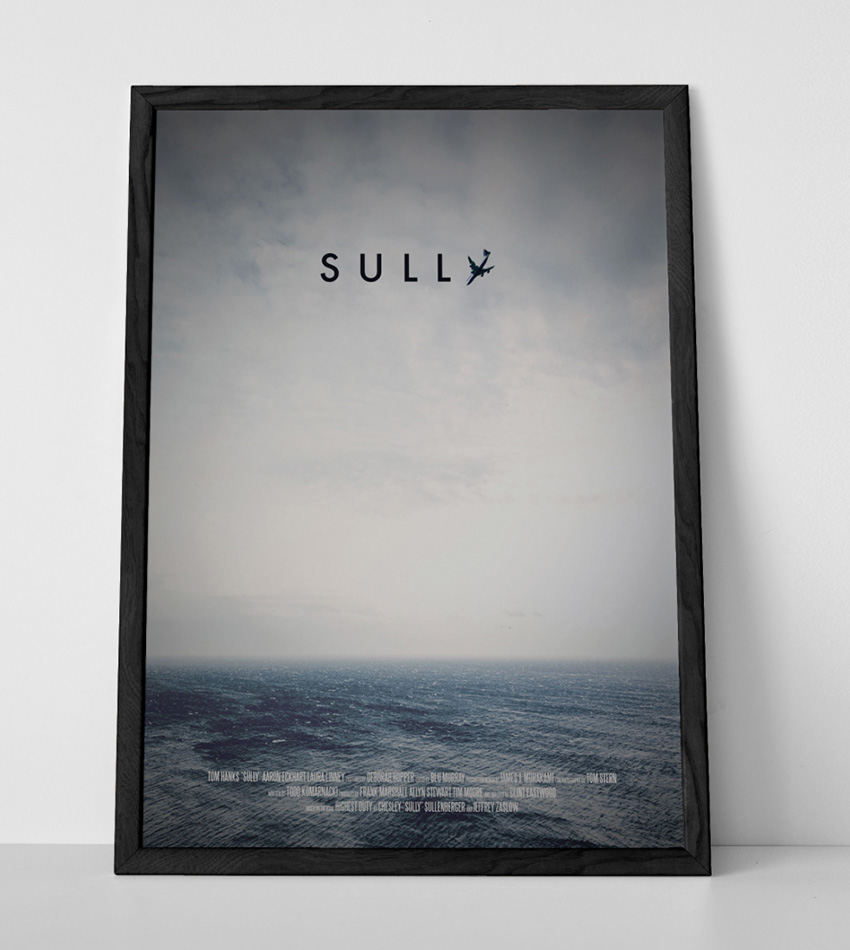 I have no idea how these images were produced, sometimes it’s better not to know – I prefer the mystery. Inception type images from Aydın Büyüktaş really make me feel a little dizzy. 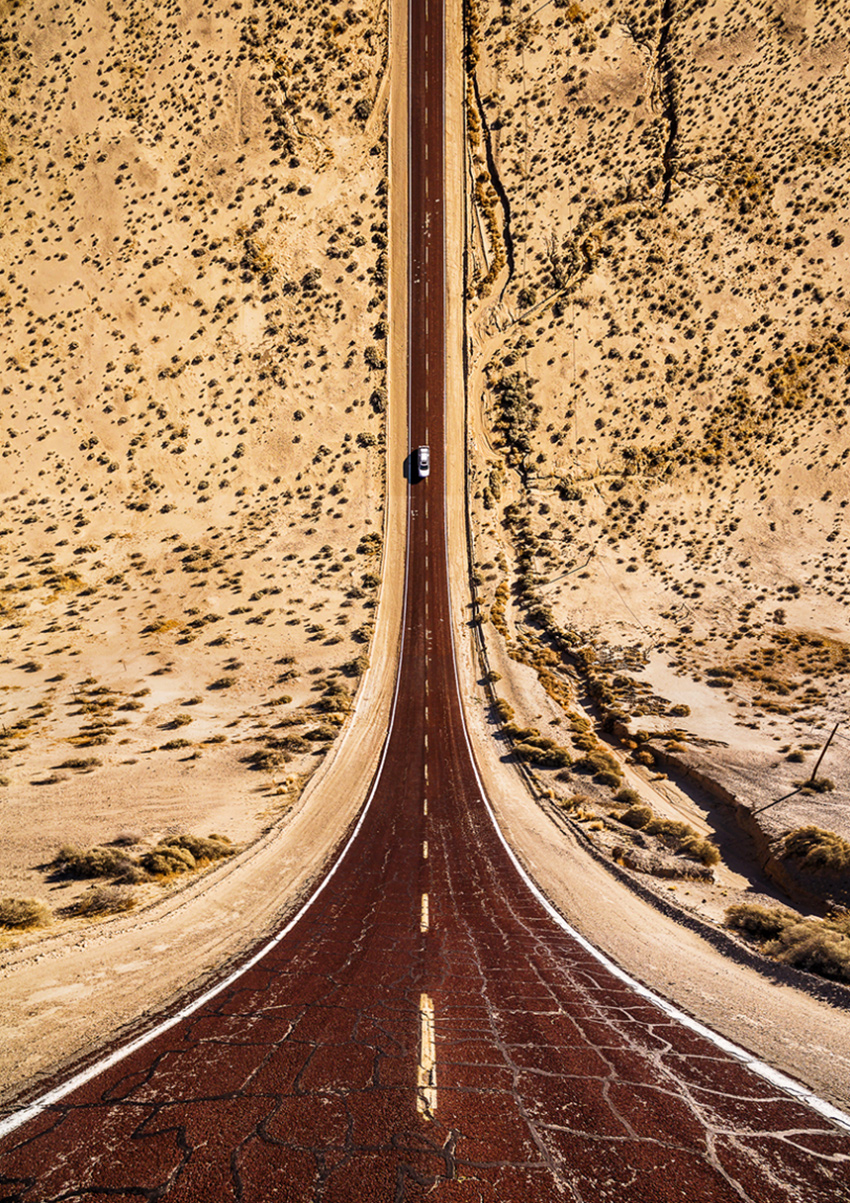 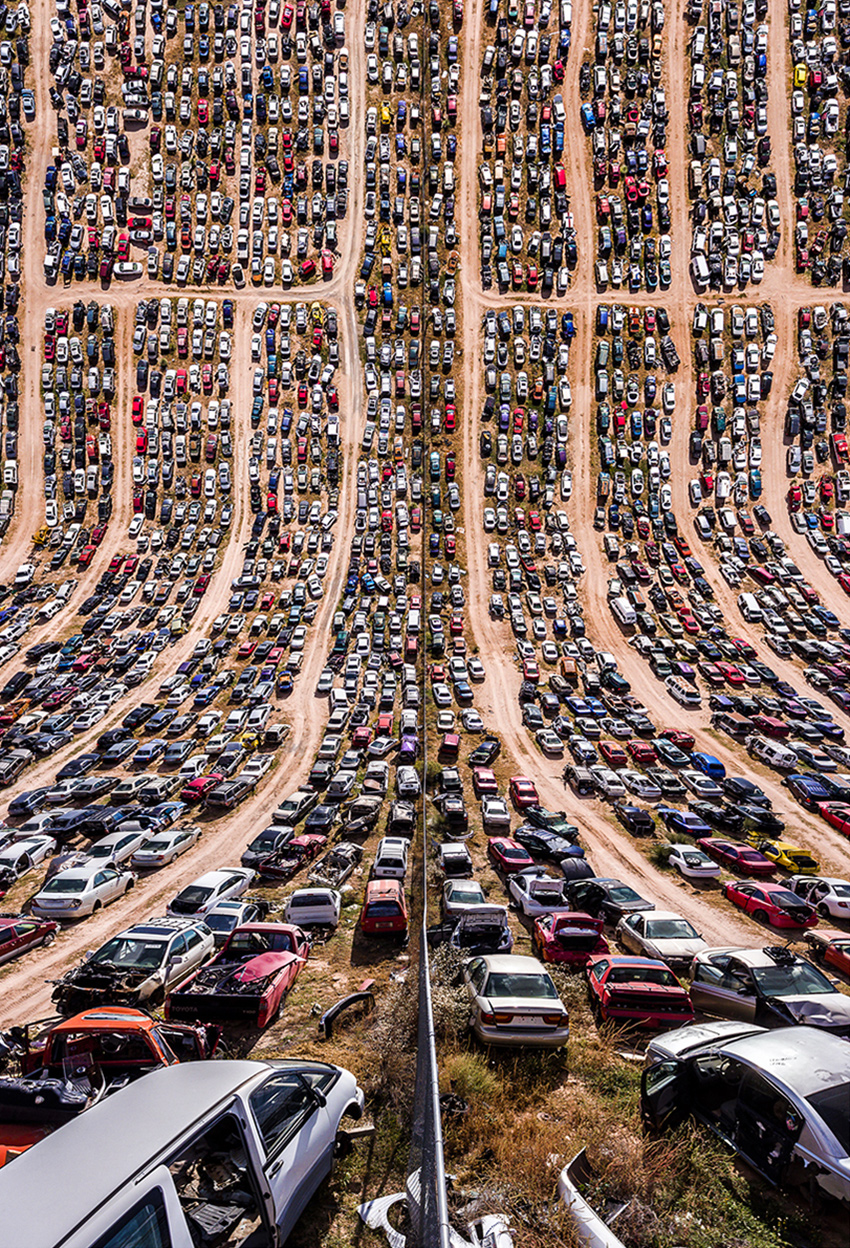 Well I understand the concept, however I’ll leave the maths to John. Stunning sculptures, printed from 3D models by 3D printers. Once printed the models are set upon spinning mounts and lit by strobe light to give a remarkable floating effect. Many more curious mathematical and geometry projects can be seen at John’s website. 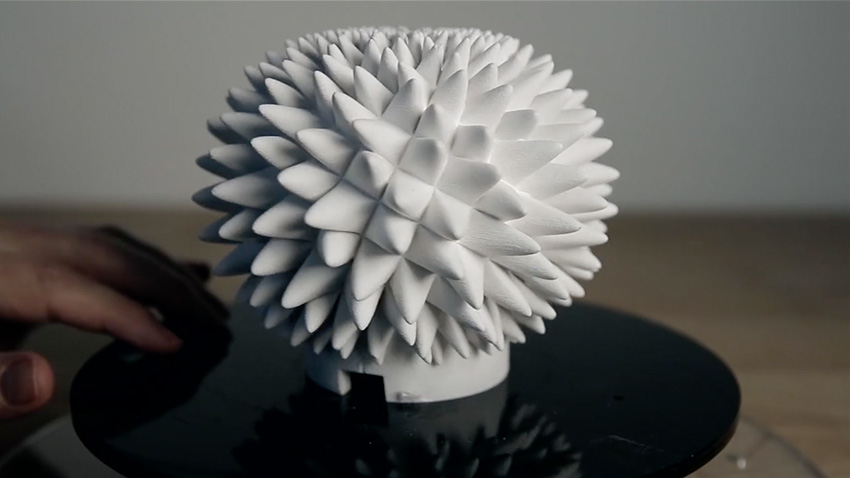 Does my fascination with space know no bounds? hahahaha It seems Benedict Redgrove also enjoys the wonders of space. His amazing looking project “NASA – Past and Present Dreams of the Future” is a long term photography project which culminates with an exhibition and book in 2018. I’ll be ordering a copy! His website is full of amazing projects – I also thoroughly enjoyed his “Tennis Balls” film, mesmerizing stuff. 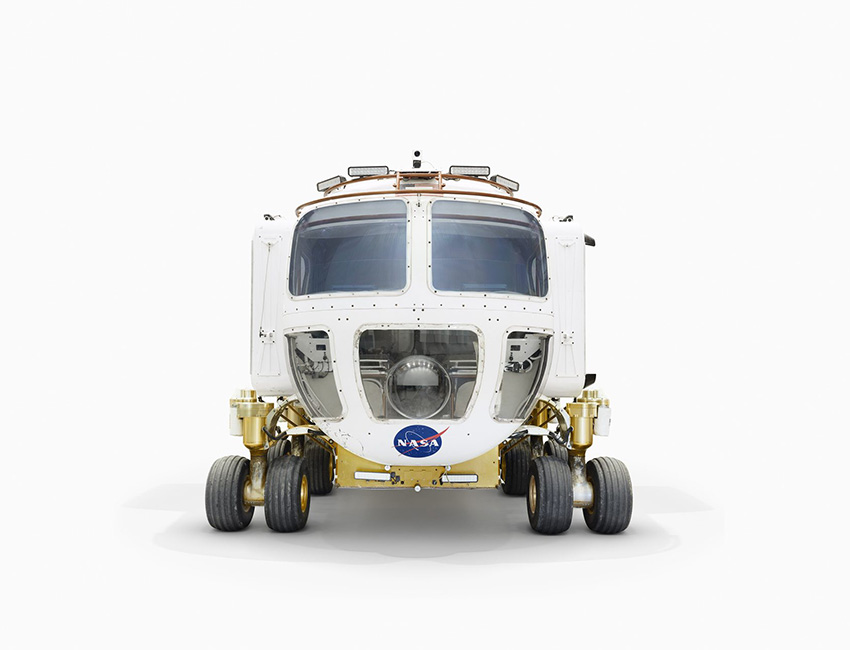 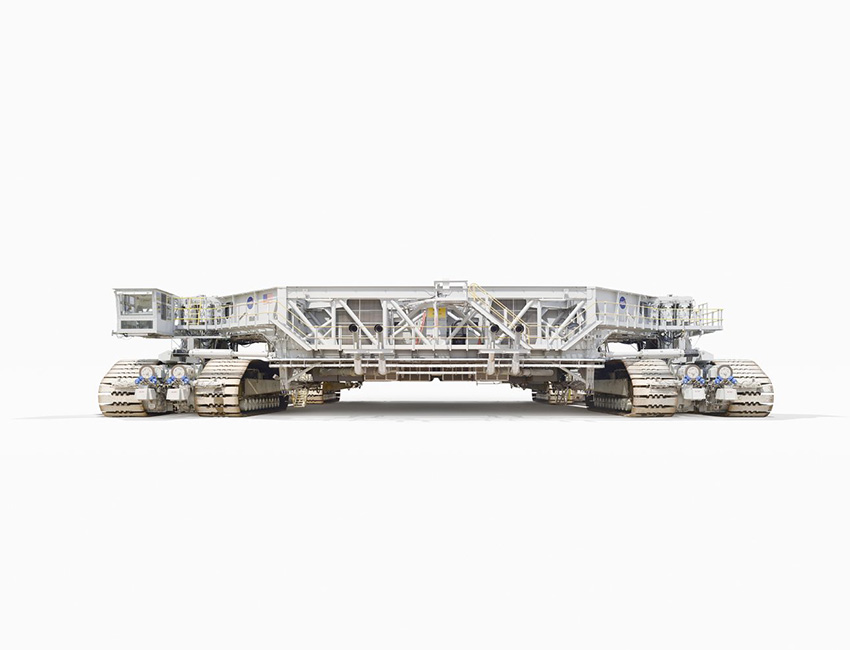 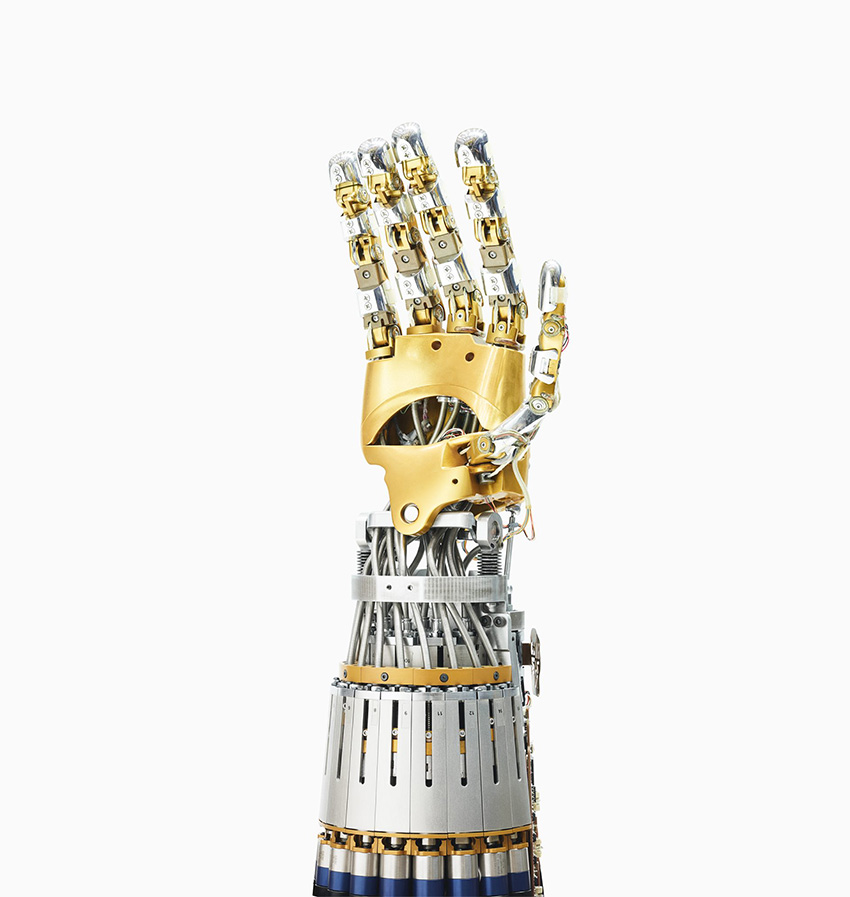