Italian artist, architect, and industrial designer Luigi Serafini took time in the late 70’s to put together Codex Seraphinianus, a 360 page book of illustrated dreamt up and imagined things. Plants, animals, people, science, foods and other things that resemble a world sort of similar, but very different to ours, all explained in a made up language of course. Such drive, obsession and imagination. 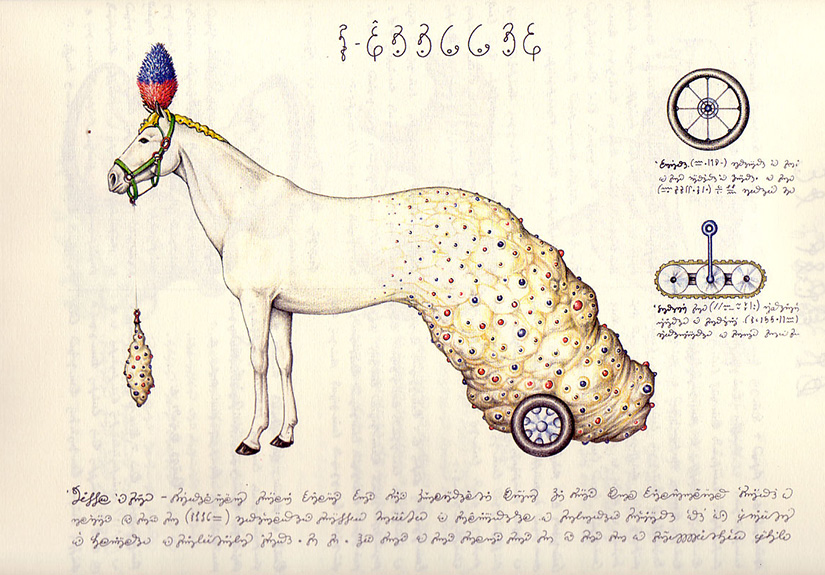 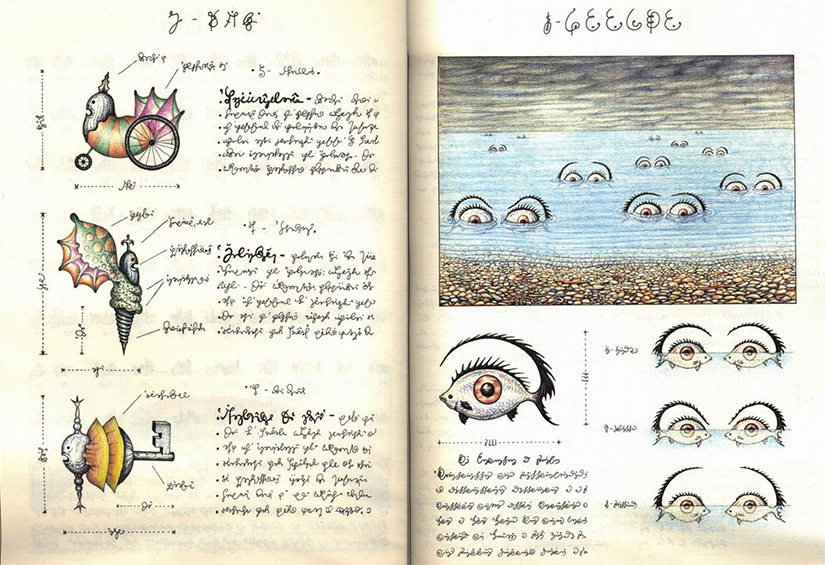 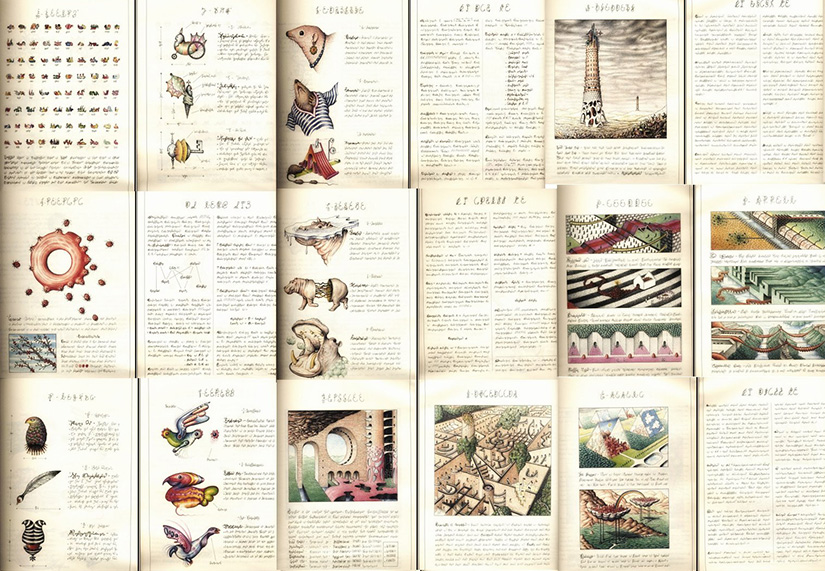